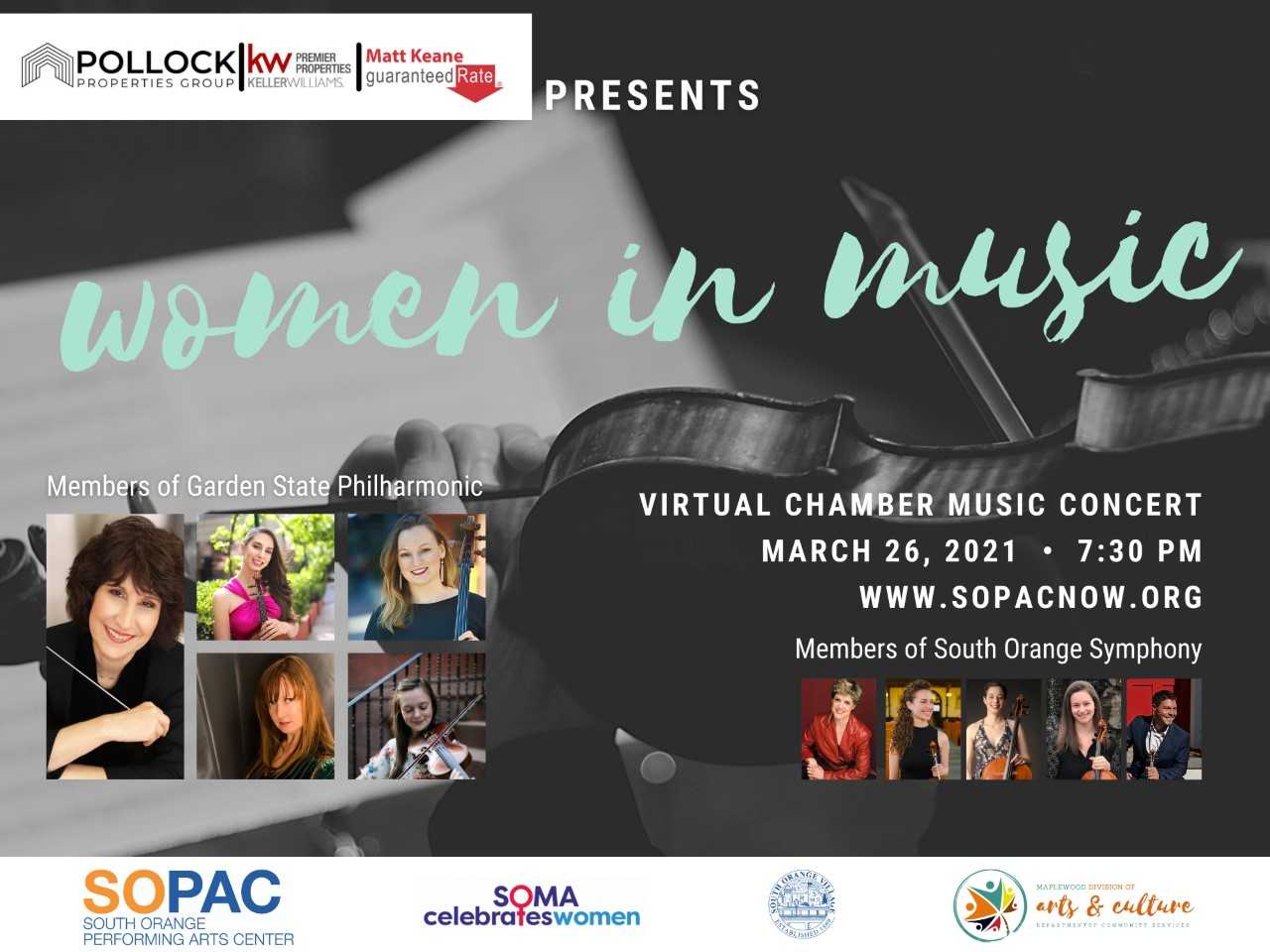 In honor of Women’s History Month, join us for a virtual chamber music concert with members from South Orange Symphony and Garden State Philharmonic showcasing the music of women composers throughout the last 200 years.

The Garden State Philharmonic Orchestra is director by Diane Wittry and the South Orange Symphony is led by Susan Haig. It is rare to have two Symphony Orchestras conducted by women in the same region. The majority of the performers on this concert will also be women.

Two prominent women composers featured during the program are Valerie Coleman, a living African-American composer who was named Performance Today’s 2020 “Classical Woman of the Year,” and Florence Price, who was the 1st African-American composer to have a work performed by a major Symphony Orchestra – in 1933 the Chicago Symphony performed her Symphony No. 1. The concert will include “Umoja” (which means “Unity” in Swahili) by Coleman, and the “Andante” from String Quartet No. 2 by Price.

Music by Gabriela Lena Frank, another living composer who is of Latin-American heritage will also be performed. Ms. Frank is currently the Composer in Residence with the Philadelphia Orchestra. Her piece “Coqueteos” from Leyendas: An Andean Walkabout mixes elements from the western Classical and Andean Folk music traditions.

Garden State Philharmonic, a professional orchestra based at the Jersey Shore, has been bringing music to the residents of New Jersey for over 65 years. Under the artistic leadership of Conductor Diane Wittry, the GSP has expanded their concert season and is now performing in Essex and Monmouth Counties, as well as Ocean County.

The South Orange Symphony, is a community orchestra comprised of local amateur and professional musicians whose mission is to bring family-oriented concerts and community outreach in an effort to provide education and exposure to those who may not be familiar with Classical music.